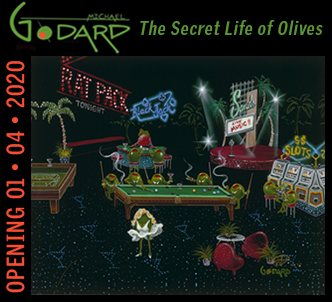 Known as the “Rock Star of the Art World” Michael Godard’s work is highly collected by movie stars, rock stars, private collectors, from young to old from all walks of life and we are excited to welcome him to Monthaven Arts and Cultural Center to kick off the NEW YEAR with – The Secret Life of Olives!

Godard’s imaginative world of art is seen by millions of people each month worldwide in galleries, hotels, television, magazines, and countless stores. His paintings even adorn the walls of the officer’s lounge in the Pentagon and onboard every U.S. Navy aircraft carrier.

During “The Secret Life of Olives” guests will be welcomed by the quirky imagery that combines imagination with humor in Godard’s animated olives, whimsical grapes, and dancing strawberries. Godard acknowledges his brand might not appeal to everyone but believes humor is a universal language and what better way to start the new year than with an inspired giggle?

Godard invented his signature olive character after a friend requested a painting of a dirty martini for his birthday. Godard painted his friend’s request with a twist and brought a pair of olives to life. While his characters are unconventional, Godard embraces the challenge of giving personalities to inanimate objects.

Although Godard’s whimsical paintings are far removed from reality, the artist hides secret ties to the real world within his art. Godard says he’s modeled his silly characters after friends or people he’s met at art auctions. If the viewer looks closely, they’ll also find hidden details like names, dates, or initials scattered throughout Godard’s artwork.

Godard is an active philanthropist dedicating his life’s work to helping families fighting cancer by working closely with St. Jude Children’s Research Hospital, “They were very instrumental in my own daughter’s battle with brain cancer, so they have a very special place in my heart,”.  In addition, Godard works closely with The Sharon Osbourne Colon Cancer Program, The Make-A-Wish Foundation, and the Nevada Cancer Institute. Godard also supports military organizations like the Wounded Warrior Project and Fallen Heroes Project.

“My life really isn’t about my art at all,” Godard says. “My art is a vehicle to do something in the world that will make a difference.”

COST
There is NO COST to attend. 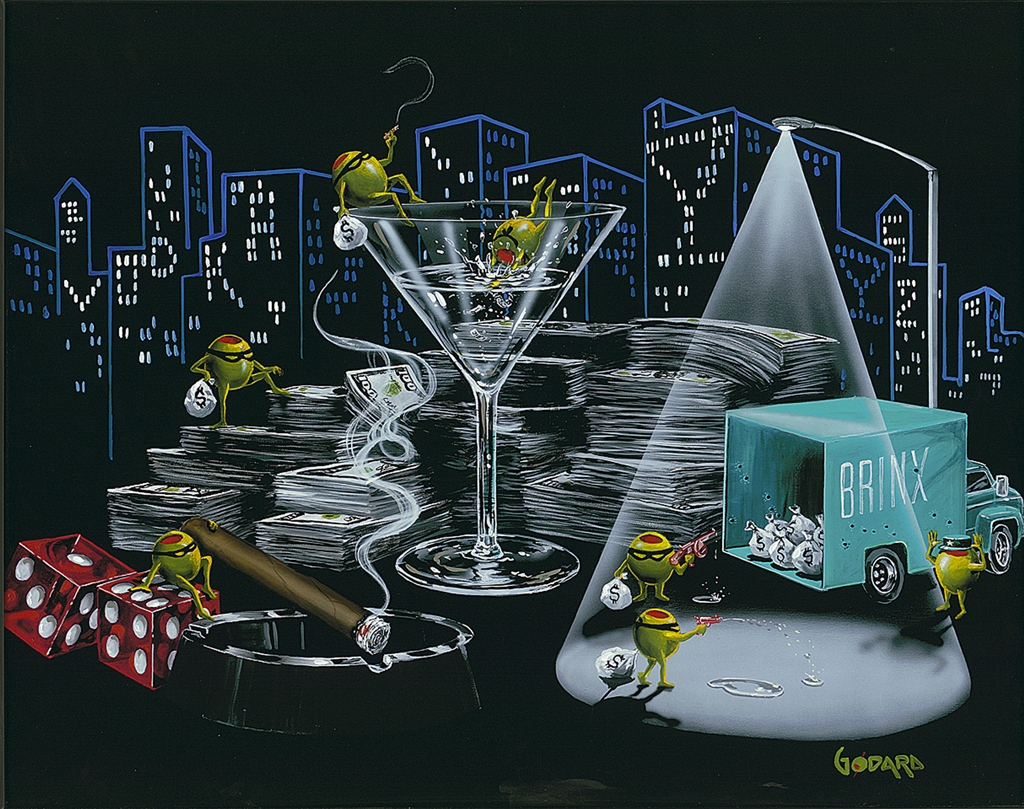 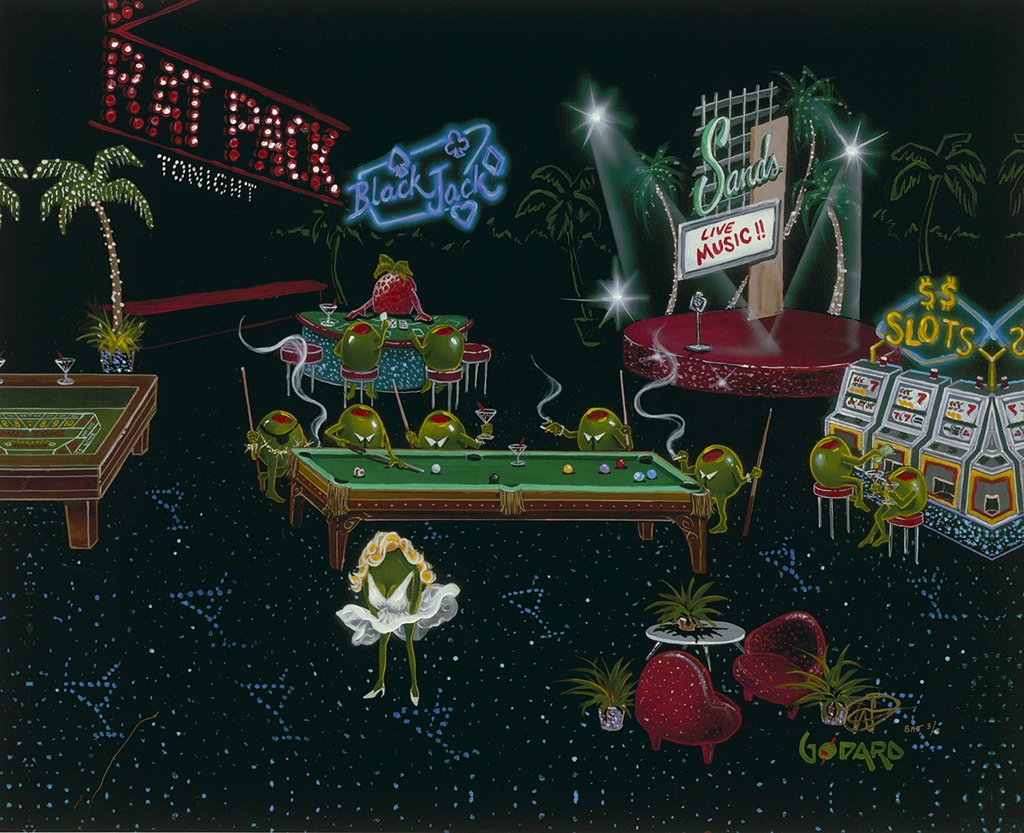 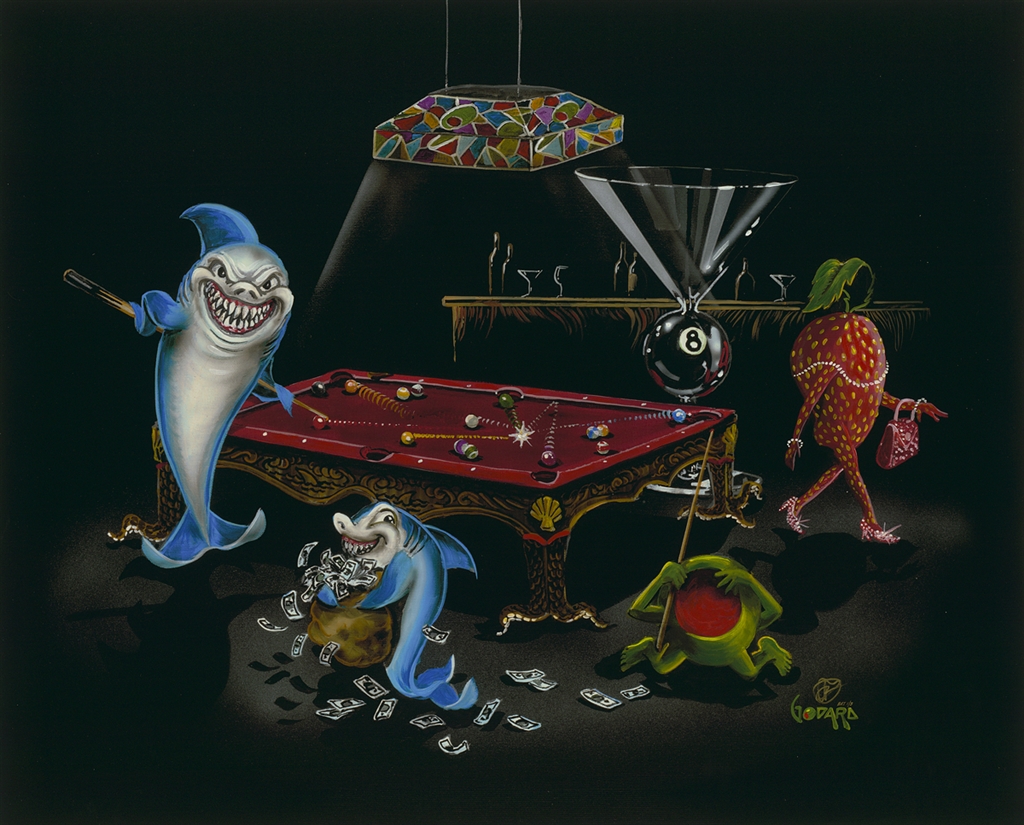 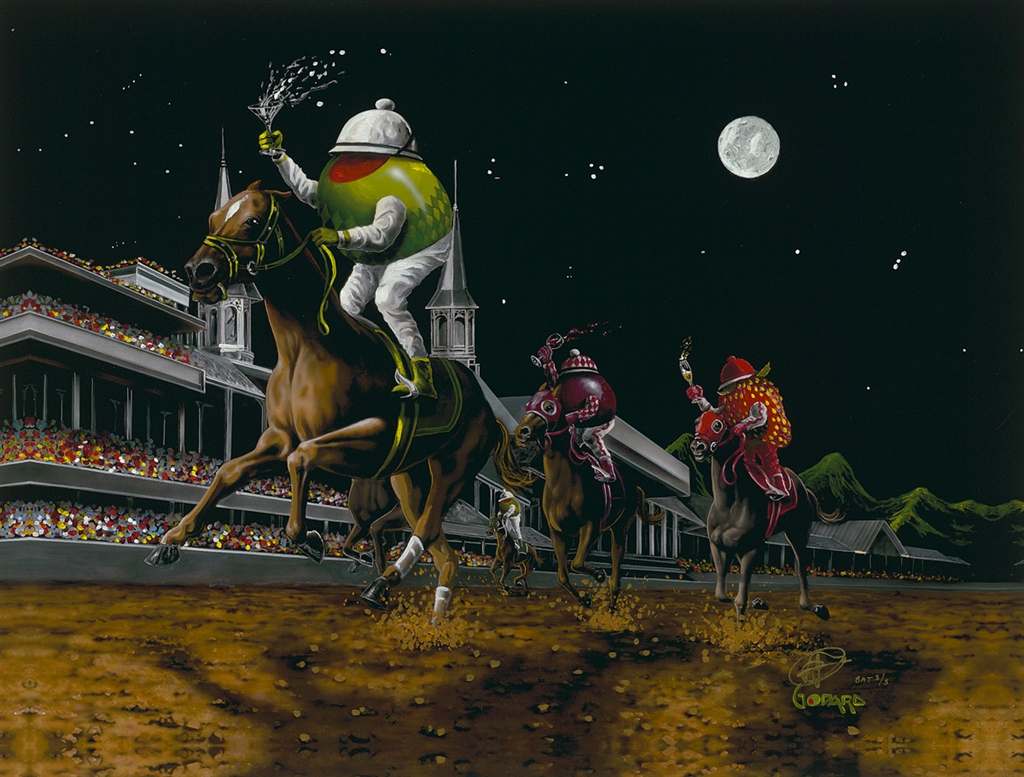 SPECIAL THANKS TO OUR PRESENTING SPONSOR 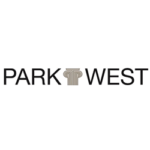 Register for Exhibition: Michael Godard: The Secret Life of Olives

Your ticket for the: Michael Godard: The Secret Life of Olives